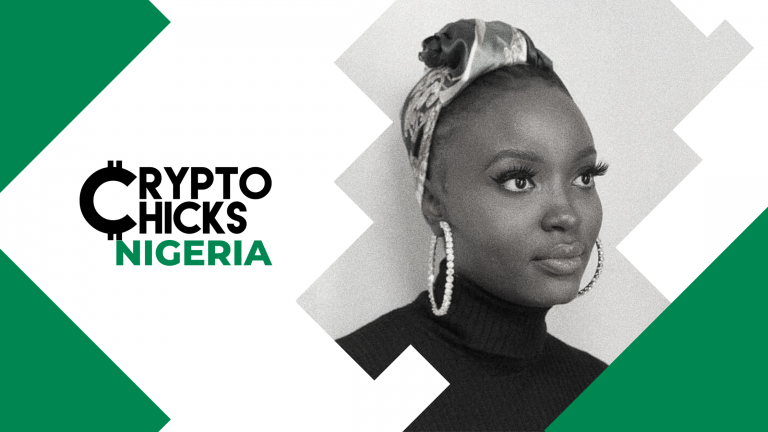 Giveaway is run by:

DONATE FOR A CHANCE TO WIN! 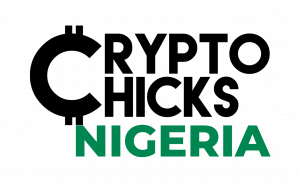 Join us in our mission to educate women & youth.

For a chance to win, make sure to:

One winner will be chosen via the raffle.

Join us in our mission to educate women & youth.

For a chance to win, make sure to:

One winner will be chosen via the raffle.

All entry information shall be collectively referred to herein as the “Submissions” or each as a “Submission.” Each dollar successfully donated to the CryptoChicks Nigeria campaign (https://www.gofundme.com/f/support-cryptochicks-nigeria) within the Giveaway period will be considered as one Submission. All Submissions must comply with the Guidelines and Restrictions defined below.

By providing a Submission, you grant CryptoChicks a irrevocable, perpetual, non-exclusive license to use, share, distribute, tweet, retweet, post, repost, reproduce, modify, publish, and display such Submission in whole or in part, on a worldwide basis, in perpetuity, and to incorporate it into other works, in any form, media or technology now known or later developed, for any purpose whatsoever, including for advertising, promotional and/or marketing purposes (except where prohibited by law). You further understand and agree that that CryptoChicks has the right to post your Submission in accordance with these Official Rules in any media even if you have not been declared a winner in this Giveaway and, if CryptoChicks posts your Submission in any media, it does not mean that you have been selected as a winner in this Giveaway.

Receipt of all entries will not be acknowledged or returned. CryptoChicks is not responsible for lost, late, illegible, stolen, incomplete, invalid, unintelligible, misdirected, technically corrupted or garbled entries, which will be disqualified, or for problems of any kind whether mechanical, human or electronic. Proof of submission will not be deemed to be proof of receipt by Sponsor. By entering the Giveaway, entrants fully and unconditionally agree to be bound by these rules and the decisions of the judges, which will be final and binding in all matters relating to the Giveaway.

Participation open only to those who are 18 or older as of date of entry.  and where prohibited, taxed or restricted by law.

CryptoChicks’ decisions are final and binding in all matters relating to this Giveaway, including, but not limited to, interpretation and application of these Official Rules.

Winner will be selected from all eligible entries received on or about June 5, 2021. Odds of winning depend on the number of eligible entries received for the drawing. Drawing will be conducted by CryptoChicks. By entering the Giveaway, entrants fully and unconditionally agree to be bound by these rules and the decisions of CryptoChicks, which will be final and binding in all matters relating to the Giveaway.

One (1) winner will be featured in all CryptoChicks social media channels and receive $100 CAD in Bitcoin (BTC). Prize is non-transferable. No substitutions or cash redemptions. In the case of unavailability of any prize, CryptoChicks reserves the right to substitute a prize of equal or greater value. All taxes, import taxes and unspecified expenses are the responsibility of the winner.

BY PARTICIPATING, ENTRANTS AND WINNER AGREE TO RELEASE AND HOLD HARMLESS SPONSOR, GOFUNDME AND THEIR ADVERTISING AND PROMOTION AGENCIES AND THEIR RESPECTIVE PARENT COMPANIES, SUBSIDIARIES, AFFILIATES, FRANCHISEES, PARTNERS, REPRESENTATIVES, AGENTS, SUCCESSORS, ASSIGNS, EMPLOYEES, OFFICERS AND DIRECTORS (COLLECTIVELY, “RELEASED ENTITIES”), FROM ANY AND ALL LIABILITY, FOR LOSS, HARM, DAMAGE, INJURY, COST OR EXPENSE WHATSOEVER INCLUDING WITHOUT LIMITATION, PROPERTY DAMAGE, PERSONAL INJURY AND/OR DEATH WHICH MAY OCCUR IN CONNECTION WITH, PREPARATION FOR, TRAVEL TO, OR PARTICIPATION IN PROMOTION, OR POSSESSION, ACCEPTANCE, USE, MISUSE, ASSEMBLY AND/OR MISASSEMBLY OF PRIZE OR PARTICIPATION IN ANY PROMOTION-RELATED ACTIVITY AND FOR ANY CLAIMS BASED ON PUBLICITY RIGHTS, DEFAMATION, INVASION OF PRIVACY, COPYRIGHT INFRINGEMENT, TRADEMARK INFRINGEMENT OR ANY OTHER INTELLECTUAL PROPERTY-RELATED CAUSE OF ACTION.

Any attempted form of entry other than as set forth above is prohibited; no automatic, programmed; robotic or similar means of entry are permitted. Released Entities are not responsible for technical, hardware, software, telephone or other communications malfunctions, errors or failures of any kind, lost or unavailable network connections, web site, Internet, or ISP availability, unauthorized human intervention, traffic congestion, incomplete or inaccurate capture of entry information (regardless of cause) or failed, incomplete, garbled, jumbled or delayed computer transmissions which may limit one’s ability to enter the Promotion, including any injury or damage to participant’s or any other person’s computer relating to or resulting from participating in this Promotion or downloading any materials in this Promotion. Sponsor reserves the right, in its sole discretion, to cancel, terminate, modify, extend or suspend this Promotion should (in its sole discretion) virus, bugs, non-authorized human intervention, fraud or other causes beyond its control corrupt or affect the administration, security, fairness or proper conduct of the Promotion. In such case, Sponsor may select the winner from all eligible entries received prior to and/or after (if appropriate) the action taken by Sponsor. Sponsor reserves the right, at its sole discretion, to disqualify any individual it finds, in its sole discretion, to be tampering with the entry process or the operation of the Promotion or web site. Sponsor may prohibit an entrant from participating in the Promotion or winning a prize if, in its sole discretion, it determines that said entrant is attempting to undermine the legitimate operation of the Promotion by cheating, hacking, deception, or other unfair playing practices (including the use of automated quick entry programs) or intending to annoy, abuse, threaten or harass any other entrants or Sponsor representatives.

CAUTION: ANY ATTEMPT BY AN ENTRANT TO DELIBERATELY DAMAGE ANY WEB SITE OR UNDERMINE THE LEGITIMATE OPERATION OF THE PROMOTION MAY BE A VIOLATION OF CRIMINAL AND CIVIL LAWS AND SHOULD SUCH AN ATTEMPT BE MADE, THE SPONSOR RESERVES THE RIGHT TO SEEK DAMAGES FROM ANY SUCH PERSON TO THE FULLEST EXTENT PERMITTED BY LAW.

10. Limitation Of Liability; Disclaimer or Warranties

IN NO EVENT WILL THE RELEASED ENTITIES BE RESPONSIBLE OR LIABLE FOR ANY DAMAGES OR LOSSES OF ANY KIND, INCLUDING DIRECT, INDIRECT, INCIDENTAL, CONSEQUENTIAL OR PUNITIVE DAMAGES ARISING OUT OF YOUR PARTICIPATION IN THE PROMOTION. WITHOUT LIMITING THE FOREGOING, THIS PROMOTION AND ALL PRIZES ARE PROVIDED “AS IS” WITHOUT WARRANTY OF ANY KIND, EITHER EXPRESS OR IMPLIED, INCLUDING BUT NOT LIMITED TO, THE IMPLIED WARRANTIES OF MERCHANTABILITY, FITNESS FOR A PARTICULAR PURPOSE OR NON-INFRINGEMENT. SOME JURISDICTIONS MAY NOT ALLOW THE LIMITATIONS OR EXCLUSION OF LIABILITY FOR INCIDENTAL OR CONSEQUENTIAL DAMAGES OR EXCLUSION OF IMPLIED WARRANTIES SO SOME OF THE ABOVE LIMITATIONS OR EXCLUSIONS MAY NOT APPLY TO YOU. CHECK YOUR LOCAL LAWS FOR ANY RESTRICTIONS OR LIMITATIONS REGARDING THESE LIMITATIONS OR EXCLUSIONS.

Any cookies that may not be particularly necessary for the website to function and is used specifically to collect user personal data via analytics, ads, other embedded contents are termed as non-necessary cookies. It is mandatory to procure user consent prior to running these cookies on your website.

Subscribe to be notified about new webinars, courses, or events