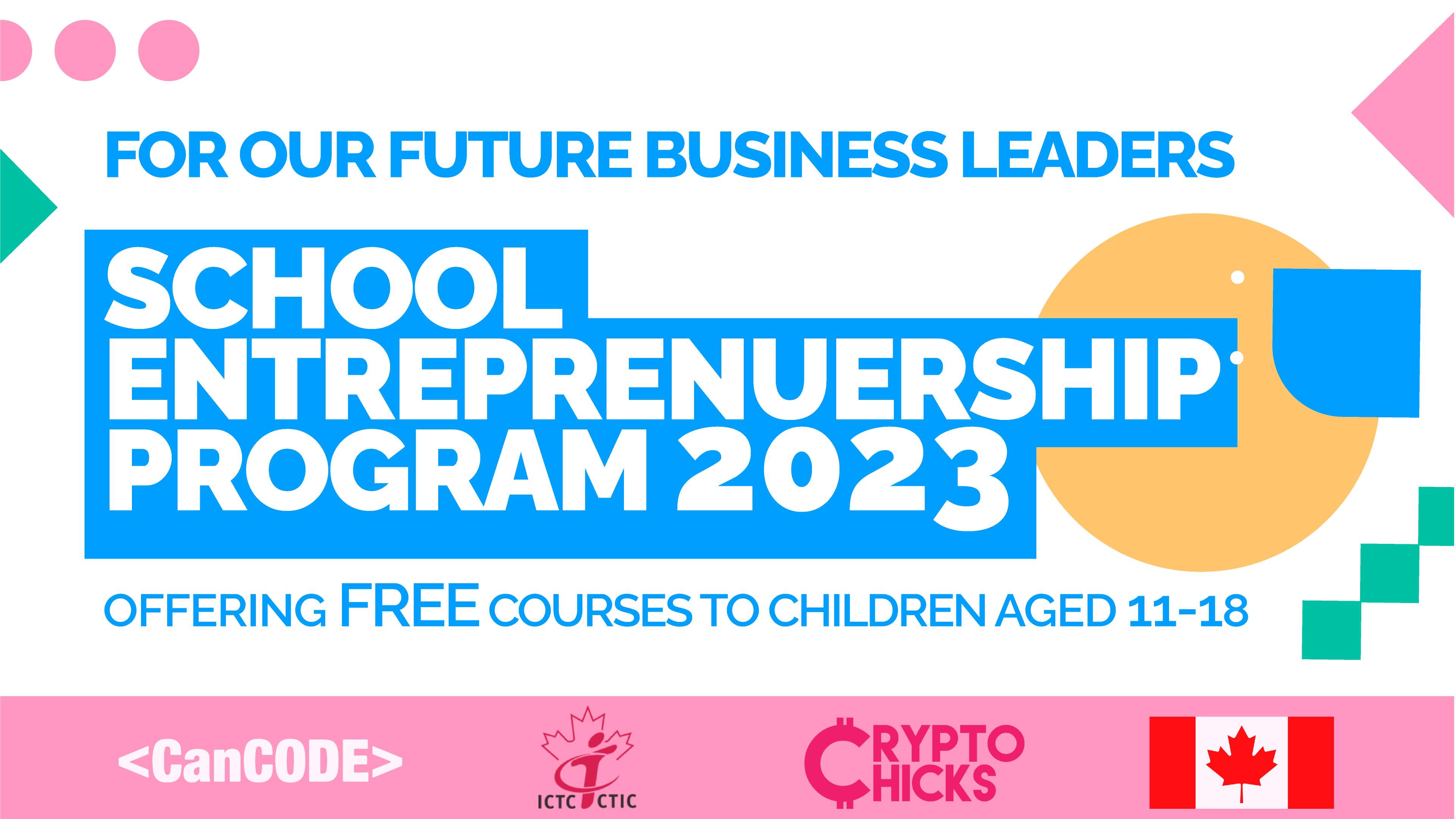 ryptoChicks, a nonprofit organization dedicated to blockchain education and startup support, is in partnership with ICTC and the Government of Canada to offer free workshops to students ages 9-17. Teachers in Canada can sign their classes up for live stream and asynchronous work sessions led by experienced educators ready to teach students the principles of business development and blockchain basics. The program consists of 4 workshops, divided into 9 virtual classes, and everything from content creation to delivery is done by CryptoChicks’ educators. 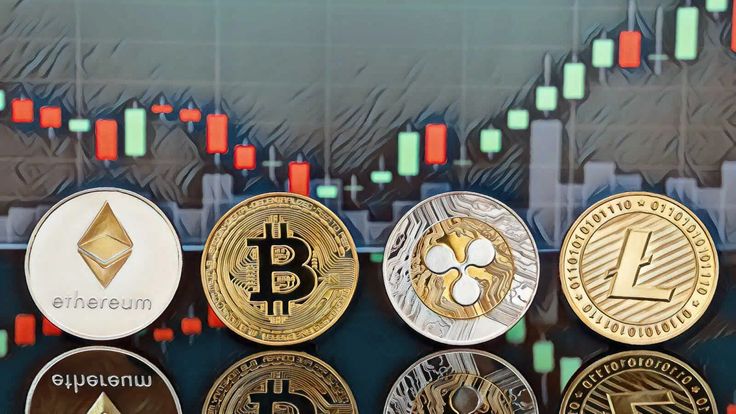 Bitcoin Alternatives That Could Get Attention in 2022

Bitcoin is, de facto, the ultimate cryptocurrency. After all, it was the original one and the platform that helped launch many other amazing projects and technologies. Over the years, we’ve seen many try to copy Bitcoin’s success with more or less luck. Today, we will be looking at several popular cryptos and what kind of projects they’re offering as an alternative to the Bitcoin blockchain.

Ether (ETH)
Without a doubt, the biggest and most important cryptocurrency after Bitcoin. There is no discussion about cryptocurrencies these days without mentioning Ether. The reason for that is simple – its network, Ethereum, has become a basis for tons of fantastic projects. The Ethereum network offers a lot of flexibility for developers.

For example, NFTs almost exclusively use this blockchain, it supports various smart contracts, and many metaverse projects also use the tech in one way or another. It’s already impressive today, with many projects in the pipeline, including proof-of-ownership replacing the current proof-of-work mining algorithm.

All in all, Ether may become the most important cryptocurrency in the coming years, eclipsing even the popularity of Bitcoin.
Litecoin (LTC)
Litecoin has been around for well over a decade and is past the time when people looked at it as a cute but pointless alternative to Bitcoin. While it isn’t as lucrative for mining as Bitcoin or Ether, this open-source network has one significant advantage – it’s much faster since the decoding is based on CPU power.

Litecoin adds blocks significantly quicker than Bitcoin, and thanks to its global payment network, the transactions are processed in way less time than it takes on other networks.
Dogecoin (DOGE)
Dogecoin was never really supposed to take off. Launched as a meme currency, riding the trend of the Shiba Inu meme, and with the slogan “to the moon,” Dogecoin surpassed the joke status and turned into a valid crypto option. It’s one of the most affordable cryptocurrencies you can invest in.

On top of that, it has been embraced as a payment method in AMC theaters, on the streaming platform Twitch, and even by several sports teams who allow fans to purchase tickets with DOGE.
Tether (USDT)
Tether was the very first stablecoin, a cryptocurrency directly tied to the US dollar. In a world where cryptocurrencies can become wildly volatile, Tether was supposed to provide stability and ease up the conversion process as its value is always set at $1. Today, it’s the third-largest cryptocurrency with a market cap of over $80 billion.
Bitcoin Cash (BCH)
Bitcoin Cash holds a lot of importance in the crypto world. It was the first fork of Bitcoin, which was a major milestone for it, especially since it introduced 8x larger blocks to the network. BCH is also important due to its transaction speed.

Bigger blocks mean more storage for transactions, so the network is able to process batches of payments instead of each one individually. A single token isn’t as expensive as Ether or Bitcoin (its value is currently floating around $290), so it’s a more affordable entry into the crypto space.
Monero (XMR)
Monero has been around since early 2014. This untraceable currency has a strong focus on a community effort, as all development is based on donations, and everything is open-source.

Unlike other cryptocurrencies we mentioned today, Monero has a different take on users’ security thanks to its “ring signature” technology based on a group of signatures where only one is the real one. Considering the crypto community is heading towards better security, Monero could be one of the best choices for enthusiasts who want total control over their privacy.
Stellar (XLM)
So far, we’ve talked about general-purpose cryptocurrencies and blockchains. But what about those aimed at enterprise users? Stellar is one of the networks designed as an enterprise solution. It provides fast, secure transfers between banks, investors, and other big businesses. Those kinds of transactions are usually larger, so security and speed are of utmost importance.

Furthermore, Stellar has low transaction fees, making it ideal for use in the business environment but also for everyday transfers. It also works a bit different from other networks – to use its features, users first need to hold currency called Lumens, valued at just $0.20 at the time of writing this article.
Cardano (ADA)
Cardano is often called an “Ethereum killer,” but we’ve yet to see it reach that status. Created by one of the founding members of the Ethereum network, this blockchain was developed thanks to extensive research by some of the most well-regarded experts in the field.

As a direct Ethereum network competitor, it did manage to get to the proof-of-stake stage before its competitor but has yet to become as widely used.

Some future uses for Cardano could be preventing voter fraud and tracing legal contracts. It’s verifiably secure, and the peer-reviewed Ouroboros protocol is certainly a step into the future of blockchain, but only time will tell how popular it will become.
Conclusion
The crypto space continues to evolve and thrive in 2022. There are many amazing projects in the development stage, and each of the aforementioned cryptocurrencies has already proved to be a worthy alternative to Bitcoin. Whether any of those will surpass it in popularity and price remains to be seen, but you should still keep an eye on their development in the coming years.

Of course, for everything crypto-related, keep following Crypto Chicks and visit our hub for all the latest news, events, and contests. To stay updated you can also check out our podcast.

Disclaimer: The information contained here is for informational purposes only and not to be construed as investing advice. The content of this article is solely the opinions of the writer. Trading in cryptocurrencies is highly risky and could result in considerable loss. Anyone wanting to invest in cryptocurrency should seek the advice of a licensed financial advisor or registered investment advisor. 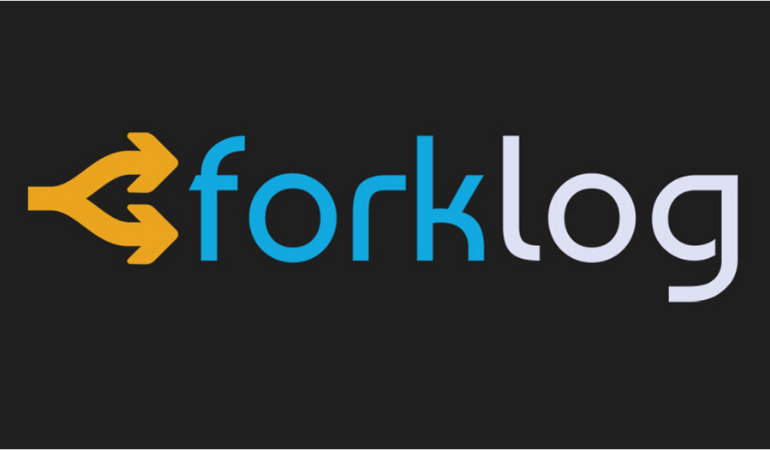 CryptoChicks and ForkLog join forces to support anti-crisis ideas CryptoChicks and DAOStack will host Planet Wide SOS hackathon, which is to take place from May 29th to June 16th. Ethereum co-founder Vitalik Buterin and CEO Singularity.Net Ben Goertzel will speak at the event. ForkLog.com is the media partner.  The main goal of the hackathon is […] 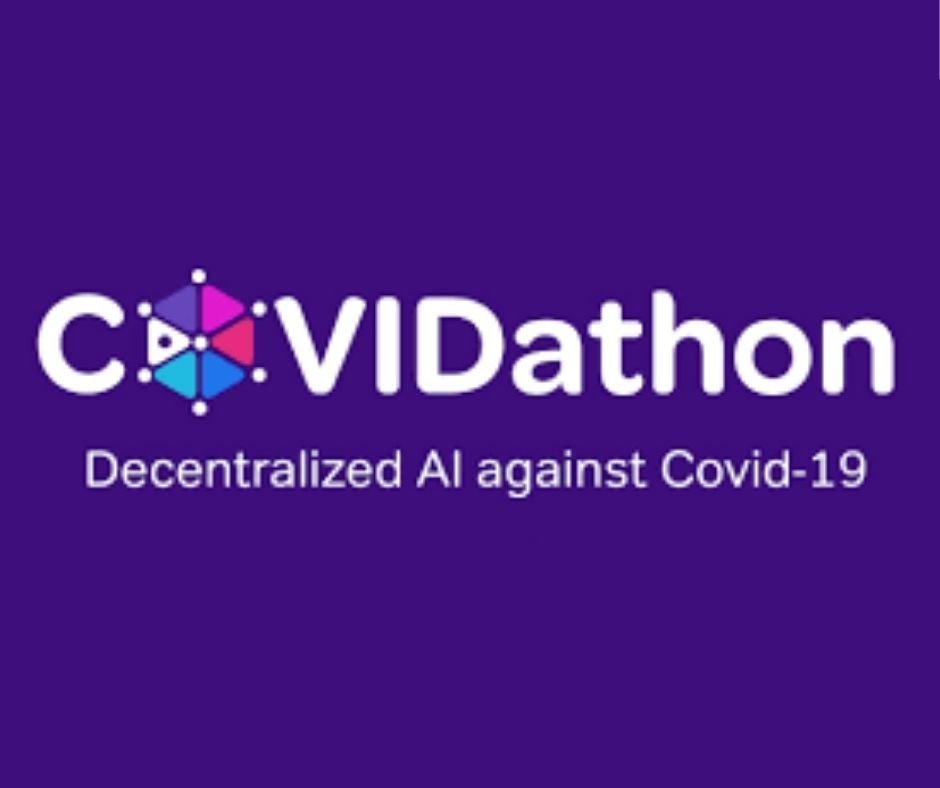 CryptoChicks Planet Wide S.O.S HACKATHON partners with SingularityNET’s COVIDathon Canadian non-profit blockchain and artificial intelligence educational hub CryptoChicks is teaming up with the major community partner to run the first-ever Planet Wide SOS (Share our Strength) Hackathon. Organized by CryptoChicks and DAOstack, and in partnership with COVIDathon (promoted by the Decentralized AI Alliance, organized by […] 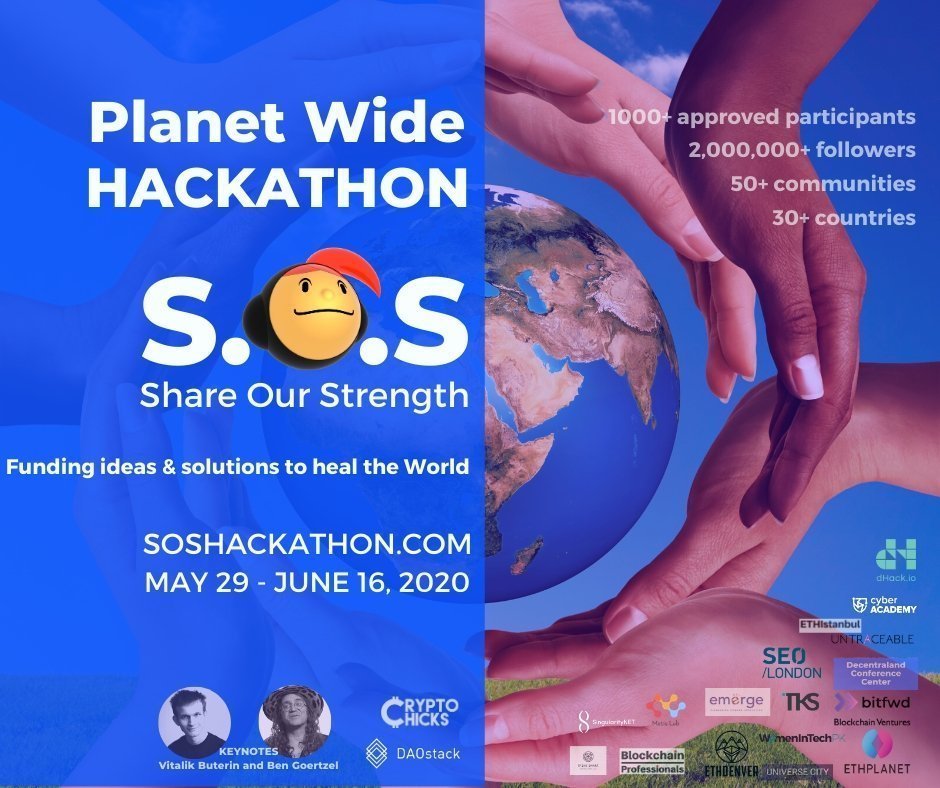 CryptoChicks & DAOStack Announce the first ever Planet Wide S.O.S. HACKATHON Planet Wide SOS (Share our Strength) Hackathon is your opportunity to test ideas and develop solutions to heal our world in crisis. How can we help right now and what can we do to prevent events like the current COVID-19 pandemic in the future? […] 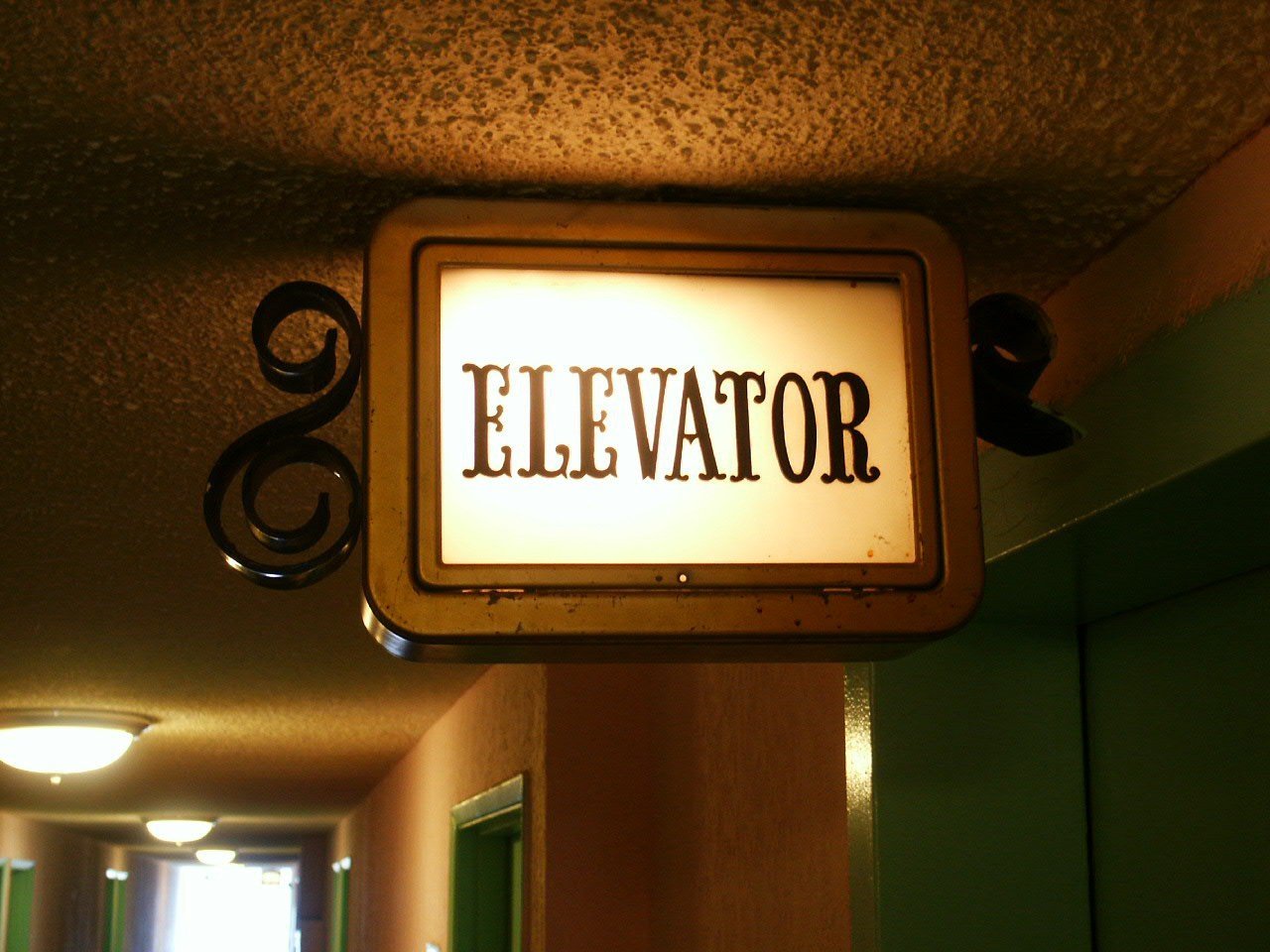 And yes, your elevator pitch needs an elevator pitch. Communicating the most important aspects of your business and services within a short amount of time can make or break the success of your project. Imagine you’re at a networking event, and suddenly you spot out of the corner of your eye someone you’ve needed to […] 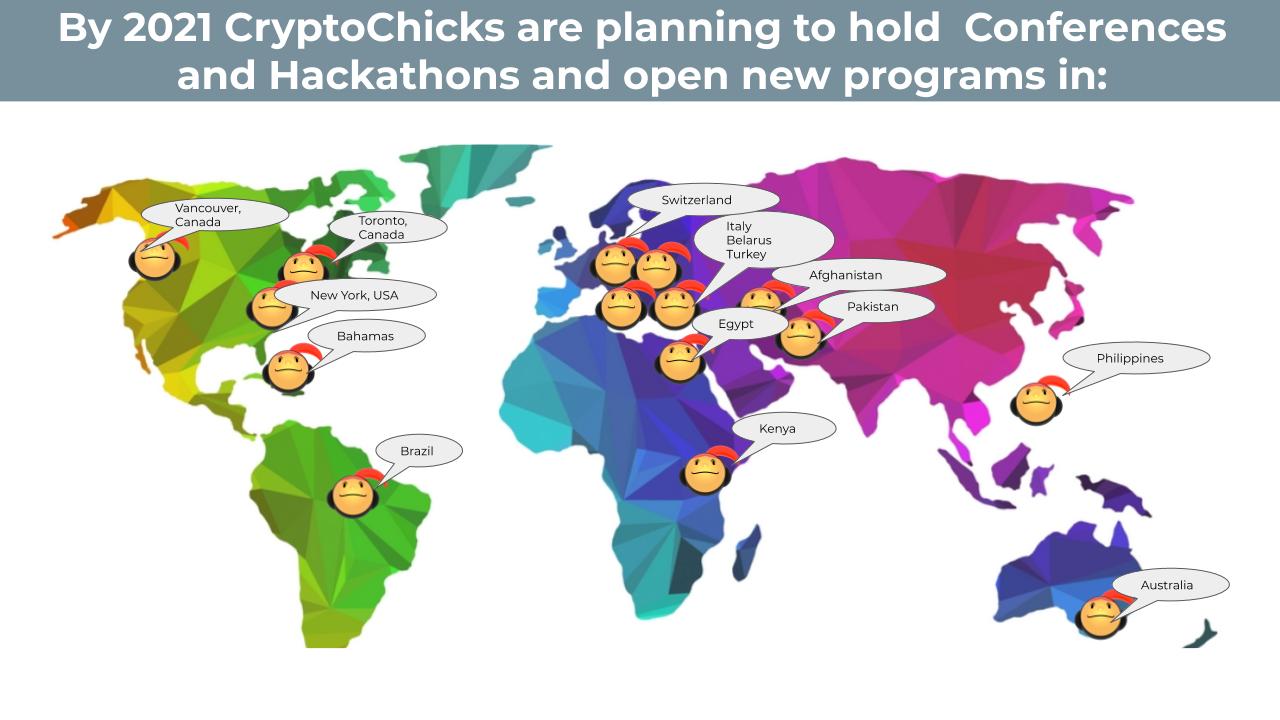 We’re making a list and checking it twice! CryptoChicks’ 2019 in review. Marvel’s Endgame is the number one movie (if not beat by Frozen 2), Billie Eilish claims year’s top album & Lil Nas X’s “Old Town Road,” with Billy Ray Cyrus, is the top song and CryptoChicks grew bigger than ever! This time last […] 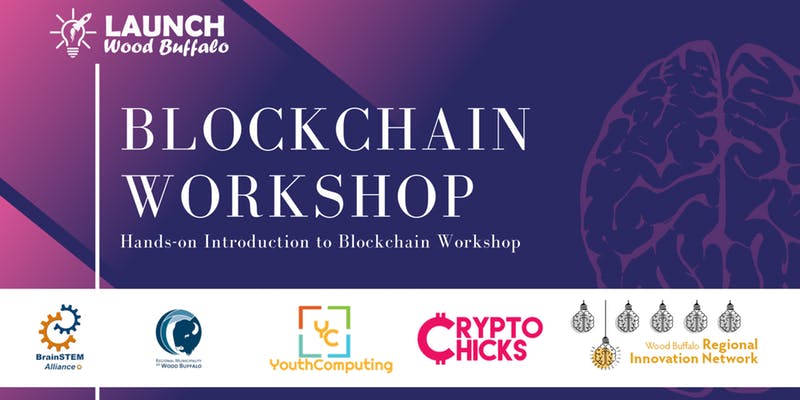 Join CryptoChicks at Keyano College on Sunday October 20th for a hands-on Introduction to Blockchain Workshop where you will: Learn the architecture of Blockchain and how it actually works! Explore examples of use cases of the blockchain and smart contracts Interact with the blockchain by sending a transaction and publishing a message on the Ethereum […] 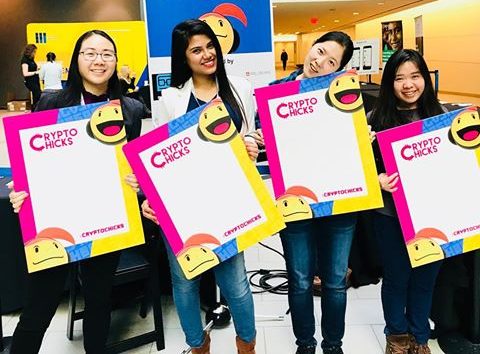 Welcome to the Hatchery  – A one year program for Hackathon projects created by women and youth to incubate or ‘hatch’ where participating projects receive full support from mentors, educators, business leaders and entrepreneurs and get the opportunity to launch their projects as real businesses. CryptoChicks are taking projects beyond the hackathon and putting them into a mentorship program to help develop them. Incubation will include […] 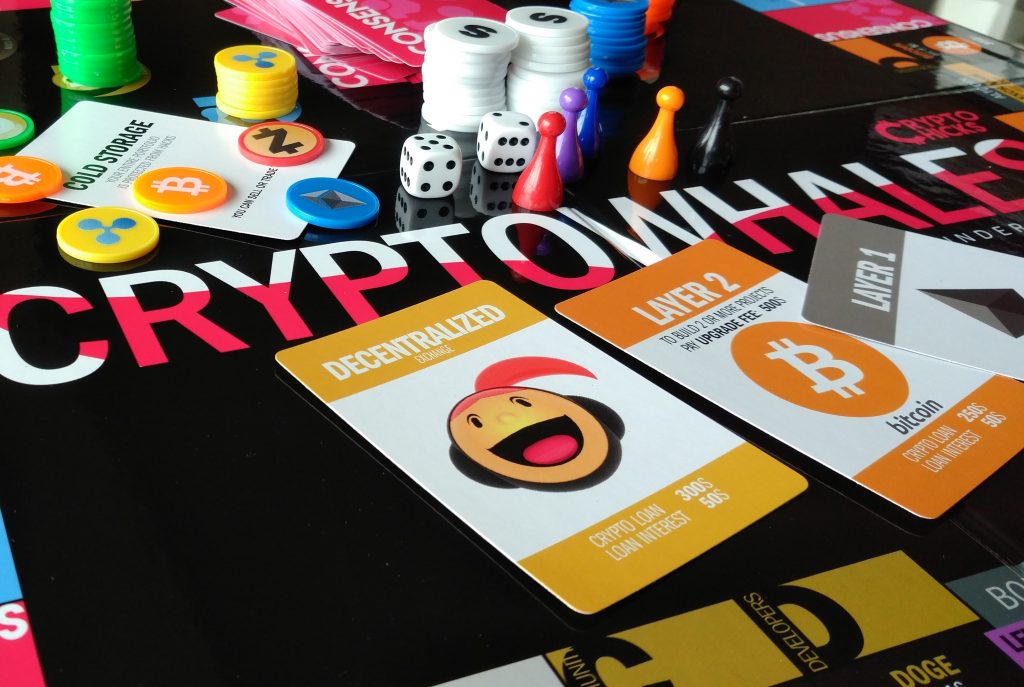 This website uses cookies to improve your experience while you navigate through the website. Out of these cookies, the cookies that are categorized as necessary are stored on your browser as they are essential for the working of basic functionalities of the website. We also use third-party cookies that help us analyze and understand how you use this website. These cookies will be stored in your browser only with your consent. You also have the option to opt-out of these cookies. But opting out of some of these cookies may have an effect on your browsing experience.
Necessary Always Enabled
Necessary cookies are absolutely essential for the website to function properly. This category only includes cookies that ensures basic functionalities and security features of the website. These cookies do not store any personal information.
Non-necessary
Any cookies that may not be particularly necessary for the website to function and is used specifically to collect user personal data via analytics, ads, other embedded contents are termed as non-necessary cookies. It is mandatory to procure user consent prior to running these cookies on your website.
SAVE & ACCEPT
Subscribe

Subscribe to be notified about new webinars, courses, or events